How does the Health app calculate calories?

I'm using the Microsoft Health app on my Lumia 950 to count steps taken. Even though I do not have a Band, the app also shows me calories burned, but I'm having a hard time figuring out how it's coming up with those numbers. Initially I thought it was using some average value per step taken, but I've also seen the app claim I've burned hundreds or even several thousand calories on days when I've barely taken any steps. Observe the following two screenshots, taken on separate days: 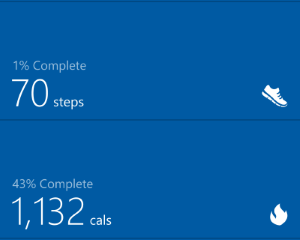 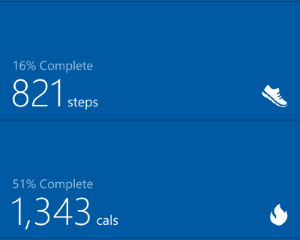 As you can see, steps taken vary by an order of magnitude, whereas calories burned are in the same ballpark.

So how does the app calculate calories when I do not have a Band to directly measure that?

Your body will burn calories even if you do relatively little so it may well be accruing calories over the time you have it monitoring, in addition to sensing motion.

Not the answer you're looking for? Browse other questions tagged windows-10-mobile lumia-950 microsoft-health or ask your own question.

4
Does the Microsoft Lumia 950 come with headphones?
5
How do I interpret the power/battery icon in Windows 10 Mobile?
5
What headset wiring compatability does the Lumia 950 have?
1
How does this app claim that it has a cache cleaner?
1
Some apps crash immediately, not opening at all, after Soft Navigation Bar is enabled via registry edit/hack
5
How to remove unavailable app from the app list after phone restore
0
How to uninstall the Creators update and stay on the previous version?
3
Google app stopped working on lumia 950