Facebook Messenger is not working on Microsoft Lumia 535 (Windows Phone 8.1)

I have been using my Lumia 535 for three months now. everything was working fine until just a few days back when i noticed my Facebook Messenger trying to connect to the WiFi/Mobile Data network but all it does is show me this "Waiting for Network" everytime i try to connect to Facebook Messenger.i have tried a soft reset,uninstalling the messenger and re-install but to no avail.your help in this regard would be appreciated.i am attaching the screenshot below 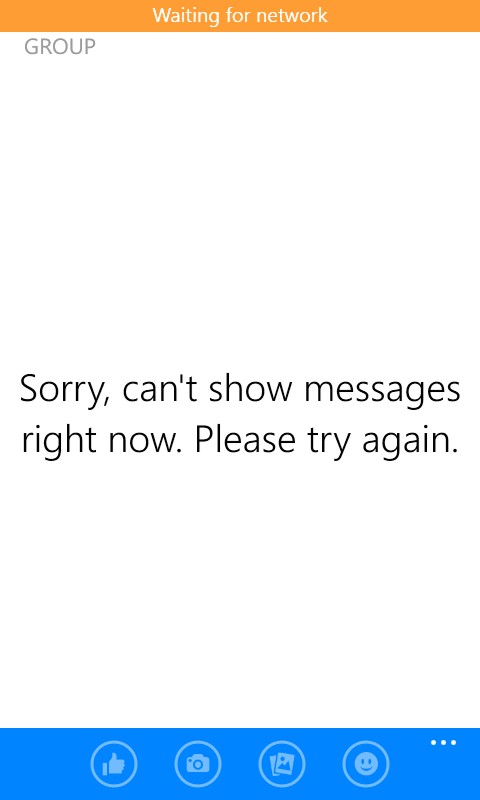 Looks like that version of Messenger is no longer supported on Windows Phone 8.1. Here's an official announcement from Facebook stating that various apps would be discontinued on older operating systems, including WP8 as well as older versions of iOS and Android:

By the end of March, we will be ending support for messaging on the following older mobile app versions:

The article also lists a few apps that should work for Windows users:

The second one (Messenger for Windows Phone) looks like it still supports Windows Phone 8.1, but it also requires 2 GB of RAM, so you might not be able to install it on your Lumia 535. If that's the case, you should be able to access Facebook (including the Messenger functionality) through the browser. Alternatively, the Lumia 535 should be eligible for upgrade to Windows 10 Mobile, which would let you use the new Messenger Beta app that doesn't seem to have a RAM requirement.

Not the answer you're looking for? Browse other questions tagged nokia-lumia-535 facebook internet messenger or ask your own question.