When browsing through my music collection in the Xbox Music app today, I noticed that one of the albums is shown twice: 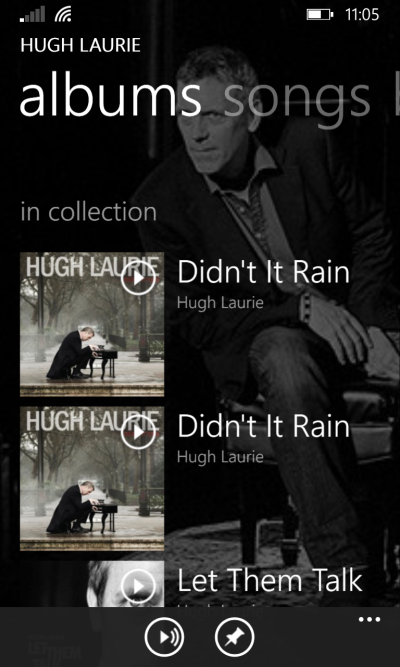 At first I thought it was the same split album issue as this question, but it's not - both entries actually contain the entire track listing of the album: 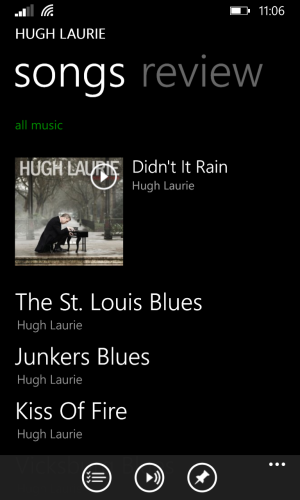 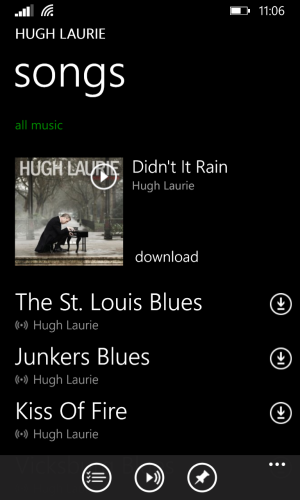 The first copy is an offline version of the album (which I downloaded from the Xbox Music catalogue a while back), while the second one is streaming-only (as can be seen from the download buttons and streaming icons for each track). So far this is the only album on my phone with this problem, all others from my Xbox Music collection are shown correctly.

I thought that there might actually be two versions of the album in the Xbox Music catalogue, and I've downloaded one to my phone and added the streaming version of the second on another device, but that doesn't seem to be the case.

What's the problem and how can I get rid of the extraneous streaming-only copy? Also, how can I prevent this from happening in the future? I'd like to avoid playing the wrong version by accident and needlessly using up mobile data when I have an offline copy of the album sitting on my phone.

I want to say that I had the same problem a few months back (however, I think the app has been updated a few times since then, and now I'm also using the 8.1 preview), but if I remember correctly, I fixed this by deleting the local copy of the album from my phone, restarted my phone, and then re-downloaded the album.

This appears to have been fixed in the latest Xbox Music update, as I'm no longer seeing the duplicate album. The linked article mentions "Unexpected playlist/playlist item duplications appearing" as one of the bugs fixed in the update.

Not the answer you're looking for? Browse other questions tagged 8.1 xbox-music or ask your own question.

2
How do I sync playlists to a Windows Phone?
10
Volume stuck in music player - number changes, but doesn't affect actual volume
3
Bought an album on Xbox Music, can't get it to show up my Windows Phone 8 device
3
Sorry we can't play this file on your phone. Error code 80072f30
2
Music player locking up with large number of songs on sd card
3
Xbox music app not showing album art
1
Prevent XBox Music from using data
4
How to delete non-existing Artist and Album tags that show up in Music?
2
How am I supposed to sync music with my Lumia Phone these days?