No updates to Cortana as the reports suggest

The recent article from Windows Phone Central states that there are updates to Cortana. There also was an article in past from the same site suggesting that Cortana reportedly getting new animations and features with backend update.

From the recent article

The changes to Cortana reportedly include all or a few of the following: 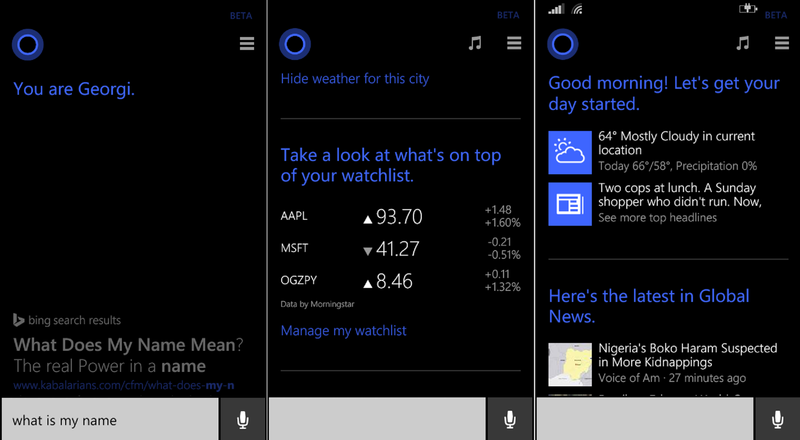 Microsoft can dynamically update Cortana because the pages generated are in HTML5, meaning there is no need for a software update on the phone.

Then why am I not able to see these updates? Any idea?

In a recent tweet Joe Belfiore suggested that Microsoft may be doing some A/B testing, so it may well be that some people are seeing different version whilst they work out which options work best, before firming up options for everyone.

Not the answer you're looking for? Browse other questions tagged update cortana or ask your own question.

8
How often the phone checks for updates?
1
Do demo models receive updates?
28
What "funny" questions can Cortana answer?
6
Does Cortana have age restrictions?
4
How can I find out about the latest updates to Cortana?
1
Cortana being moody
2
How do I change the default voice of Cortana?
4
Can Cortana control the radio?