Why does Lumia Camera 5.0 refuse to work in Lumia 830 with Denim?

I've just bought a Lumia 830 and it was unboxed with Denim Firmware update. 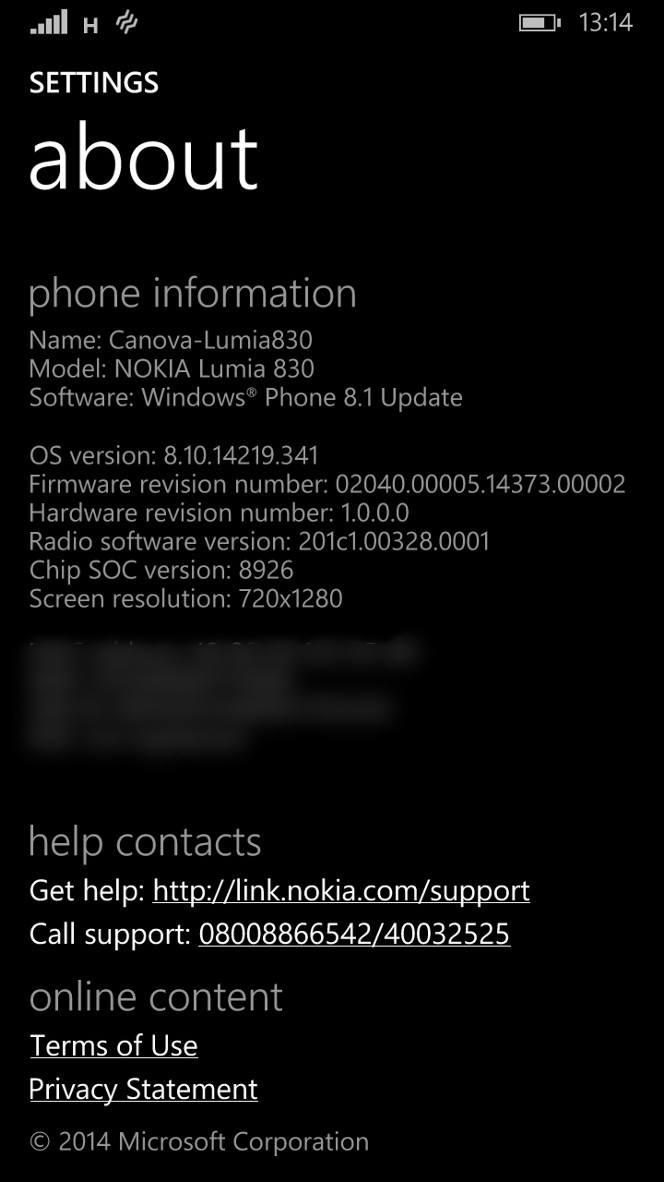 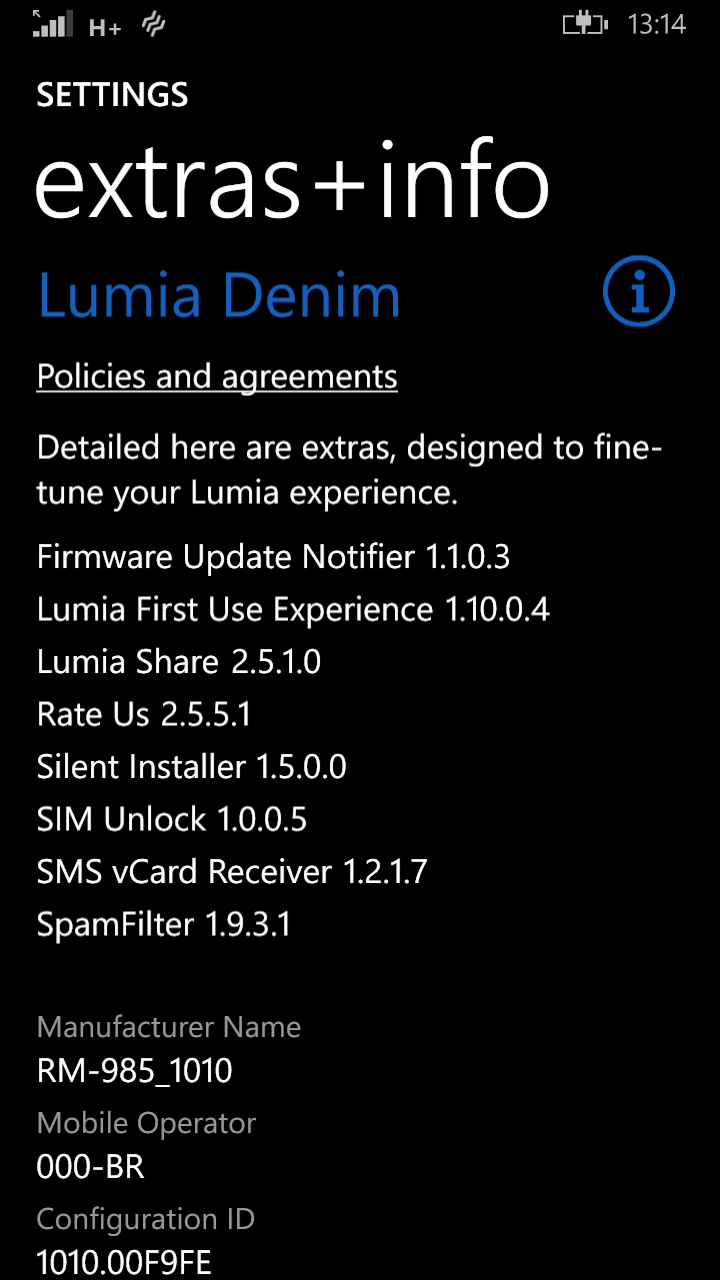 When I go to the Store to download the Lumia Camera 5.0 it does this succesfully.

Unfortunately when I try to start the app it says I don't have Denim Firmware Update installed. 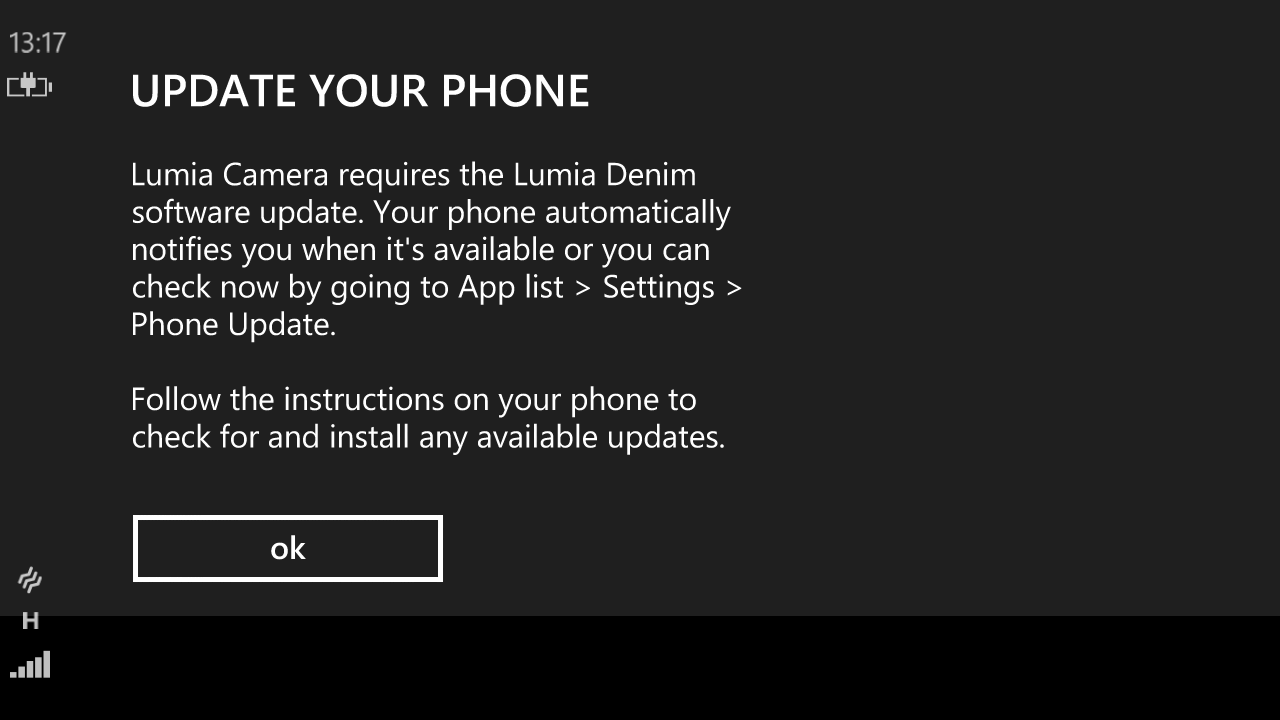 Try turning the Dev Preview off, reboot the phone and try again.

I think I finally find out (but can't confirm myself at the moment).

Looks like Lumia 830 was released with a half baked Denim Firmware Update.

To be allowed to install Lumia Camera 5 on Lumia 830 it need to be updated at least to O.S. version 8.10.14226.359 currently unavailable even trough Dev Preview.

Yesterday my phone finally receive an update as you can see below: 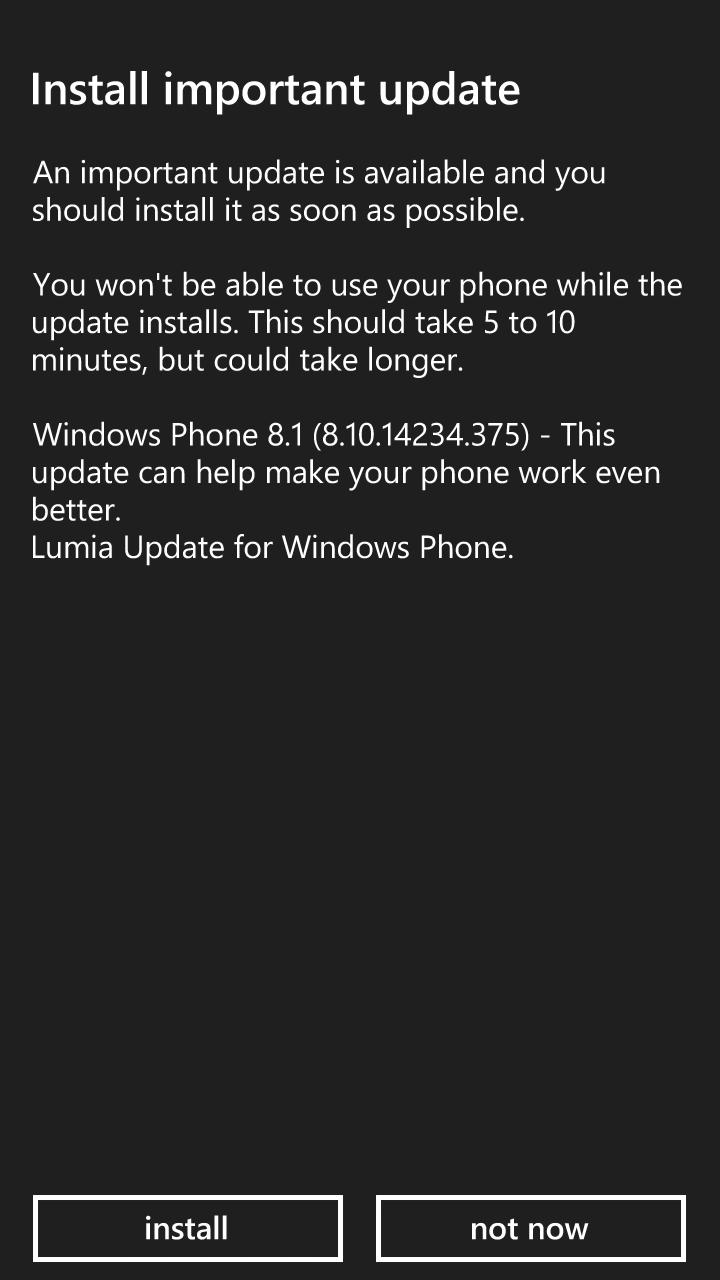 It said that the phone would update this:

Even though the version is above the one I report this update made my phone fully support the new Lumia Camera 5.

One more think: I needed to disable Dev Preview again to see the update, something that I've already tried with no success.

Not the answer you're looking for? Browse other questions tagged camera lumia-denim-update nokia-lumia-830 or ask your own question.

8
Autofocus does not work when using the camera button
1
Nokia Lumia 1020 Camera
1
Why does Lumia 830 show 8MP in camera settings but reviews says it has 10MP camera?
2
Windows Phone Camera - Pin to Start?
4
Lumia 920 camera resolution
8
Camera hangs on "Saving" after taking a picture
3
Lumia Camera (it's the default app for me) opens nonstop suddenly
8
Where's Bing Vision in Windows Phone 10?
5
Lenses won't get added to Windows 10 mobile